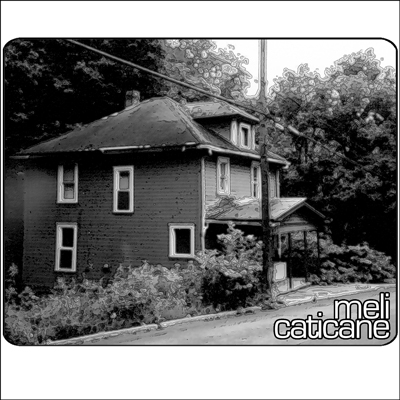 While a music major in the mid-1990s, a mildly-talented multi-instrumentalist attempted to transform the monotony of strict contrapuntal theory-dictated exercises into progressive MIDI compositions. The end results are often only partially-connected, stream-of-consciousness songs bordering on the unlistenable.
In the end, he received mostly C's for the exercises attached to these compositions and ultimately left the music program. These recordings were initially slated to be made available under the titles of "Meli Caticane presents: Switches, Knobs, and F*cking Levers" in 1996 and "Meli Caticane exclaims 'F*ck Your Candy Canes'" in 1997, but are available here via Cornslaw Industries for the first time.

All songs by Meli Caticane.
Recorded between 1995 and 1997.
Recorded at various locations in Morgantown, WV.